Word's been out that there will be a new app coming from the people who brought us Hipstamatic. Well now, those rumours have been confirmed as Synthetic, the developers of Hipstamatic, have just announced a new social sharing app in the form of a disposable camera called D-Series. The D-Series iOS app is set to release tomorrow, December 15th. And the best part about it? It's free! 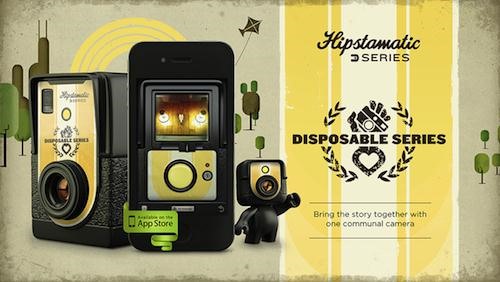 This app will simulate a disposable camera, therefore you cannot view your photos until the roll is finished. You can create a communal 24-image album between you and your friends, shoot away, and once you reach the 24th image, the entire album will be downloaded to the phone of each member of the group.

Other features that you will find on D-Series:

In addition, you will find 4 optional film and lens add-on packs available for the D-Series.

With such a unique social networking approach, it will be interesting to see how well the D-Series will fare in the App Store. Will you be using D-Series once it releases? What do you think of this constant push to replicate analog cameras in modern day apps? Are you for or against it?

This is pretty cool!