Watch out Instagram, there's a new free, sociable photography filter app that hit the iTunes App Store recently, and it just might be some good competition. It's called PicYou and might sound familiar to some of you photo sharing fiends out there. That's because it's been a successful web-based alternative to Instagram for about six months now.

Up until now, PicYou users had to transfer their mobile snapshots to their computers, then upload through to the PicYou service for distribution to Facebook and Twitter. Not exactly convenient, especially for iPhoneographers. But now you can download the new PicYou for iPhone, which looks nearly identical to Instagram, only it seems... cleaner. 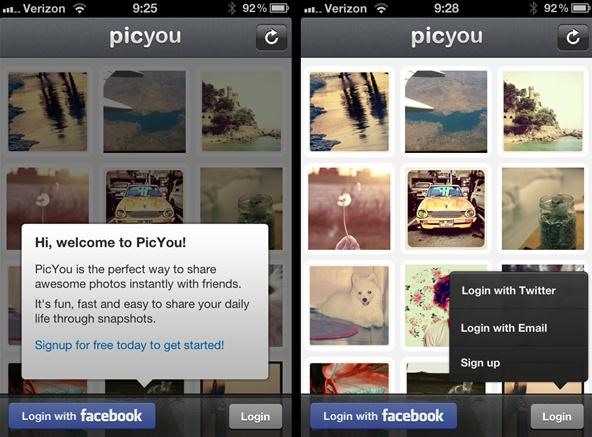 Once you're all set, you can start taking pictures. I found it extremely easy to take snapshots with PicYou, even easier than with Instagram, but that's just because there's less options. Just like with Instagram, there's not many filters to choose from (only 9, which is actually half that Instagram offers), but that makes it easy to choose one. 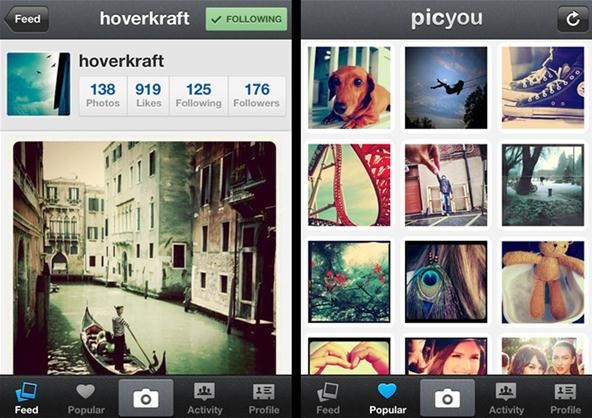 Photos you take will show up in your Feed, along with those of people you follow. If you're not following anyone yet, you can browse the Popular images to find like-minded individuals, just like you can with Instagram. But you can only find friends already using PicYou via Facebook or Twitter. You can't  search for usernames or by email addresses like you can with Instagram.

The interface is a near perfect clone of Instagram's and very intuitive, so there's no need to explain it all, you'll get it once you start using it. 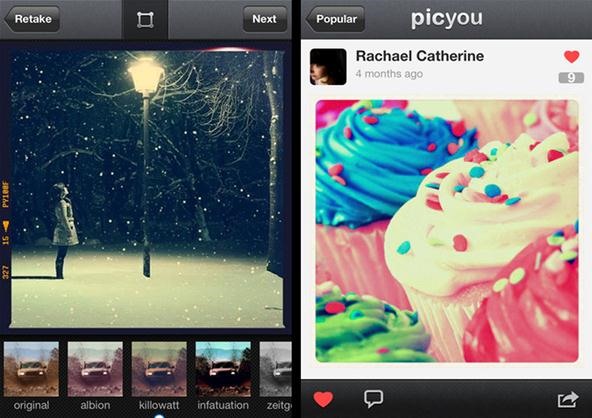 Instagram may remain the default choice for sharing filtered photos via the iPhone (it was Apple's pick for App of the Year), but PicYou is definitely an up-and-comer. For now, the only big thing it has over Instagram is the web interface, which Instagram sorely lacks, though there are plenty of Instagram viewers on the web. And if PicYou beats Instagram to Android, then there might just be some real competition, though Instagram has plans for video integration soon.

But for now, I don't see any Instagrammers converting to PicYou, though it may be a fun addition to expand their iPhoneography skills. What do you think of PicYou for iPhone? It's definitely another app that you can use for all of the upcoming Phone Snap Challenges!