Snapseed, the photo-editing app that many have deemed "App of the Year" is now available for free in the App Store for New Year's. Normally priced at $4.99,  this is the best deal you can possibly get. So if you don't already have it, hurry on up and snag it at no cost while you still have the chance. 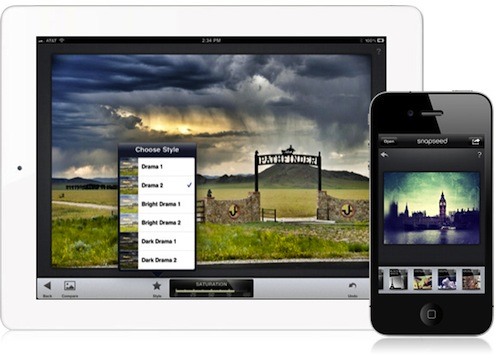 For those of you who may be unfamiliar with the app, Snapseed is an award-winning program developed by Nik Software, which despite having only been released in July of this year, has already received a great amount of positive feedback from users. Snapseed allows you to retouch and enhance photos with various effects and filters with simple-to-use adjustment tools. It can easily be named one of the best photo-editing apps available in the App Store.

Take a look at the official Snapseed trailer below.