Filter effects aren't a new thing. But when Instagram hit the market, everybody began using them because it was simple. Take a picture, add an effect. It wasn't only easy, it was fun. It started a craze among smartphone users everywhere, prompting a slew of retro photo filter apps to pop up for Android and iPhone. One app that stands out from the crowd is FX Photo Studio.

FX Photo Studio by MacPhun was actually released before Instagram, under the moniker 101 PhotoFilters. Now the photo app has 190 fun filters to choose from—way more than the standard 17 or so you get with Instagram. If you're an iPhoneographer that loves filters, this is a keeper. 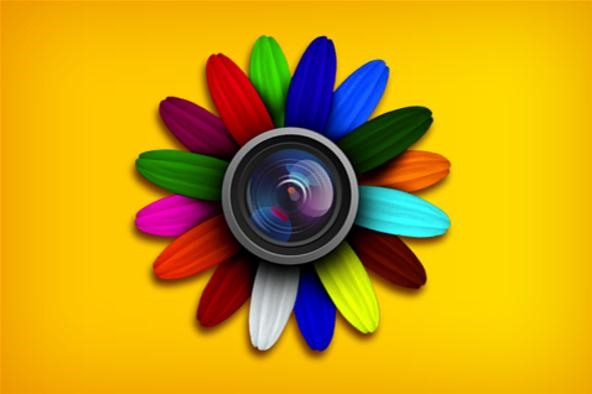 When you start out, you're prompted to either take a photo, use an existing one from your Camera Roll, or import an image from your computer using a USB cable. Pretty easy.

I took one with the built-in camera function: 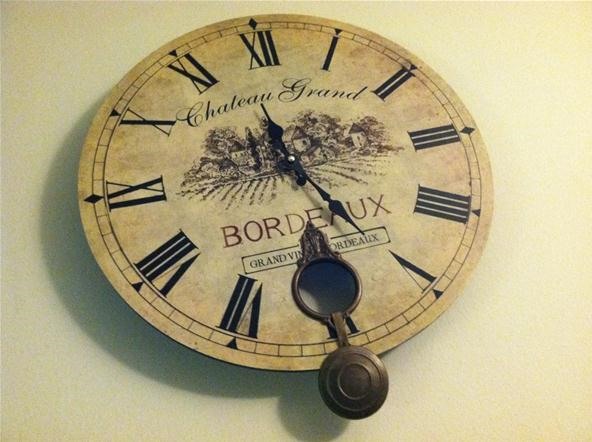 Once you've got your photo ready, you then have the choice to keep it at the same dimensions or crop it into the ever popular square (good for if you're transferring to Instagram). 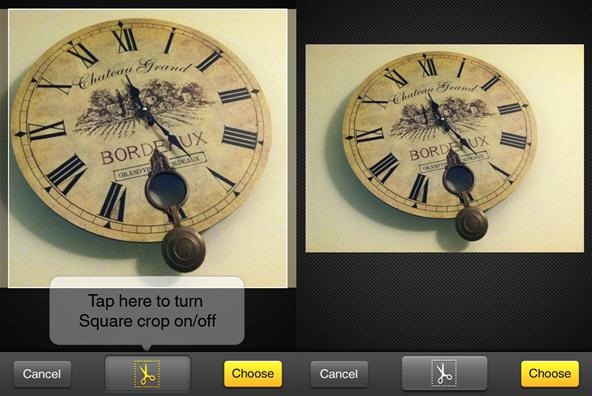 After you've chosen your dimensions, you land on the editing screen where you can further crop the image. You can also tilt and rotate the image, adjust gamma, brightness, contrast, hue and saturation, and even add a bit of color splash (though I prefer to use their separate Color Splash Studio computer app for that). 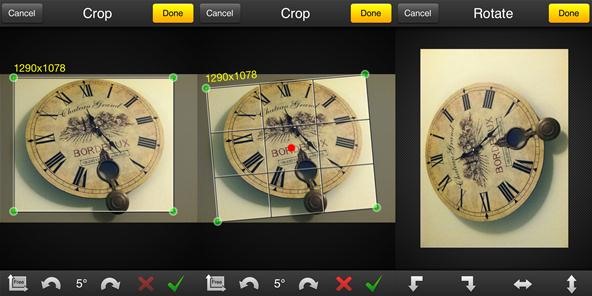 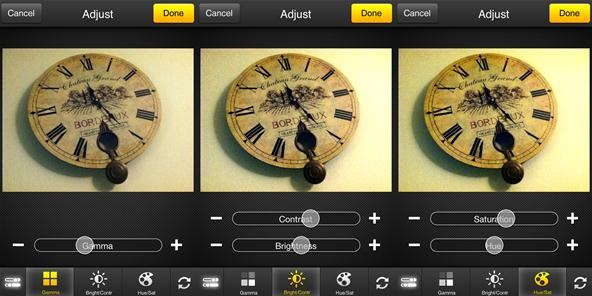 If you just want to add cool effects to your mobile pics, the best thing about this app is that the filters are customizable, so you can control the strength of the effect. Oh... did I mention there's 190 effects? There's no use showing you how to use them. It's pretty intuitive. But here's some examples to check out: 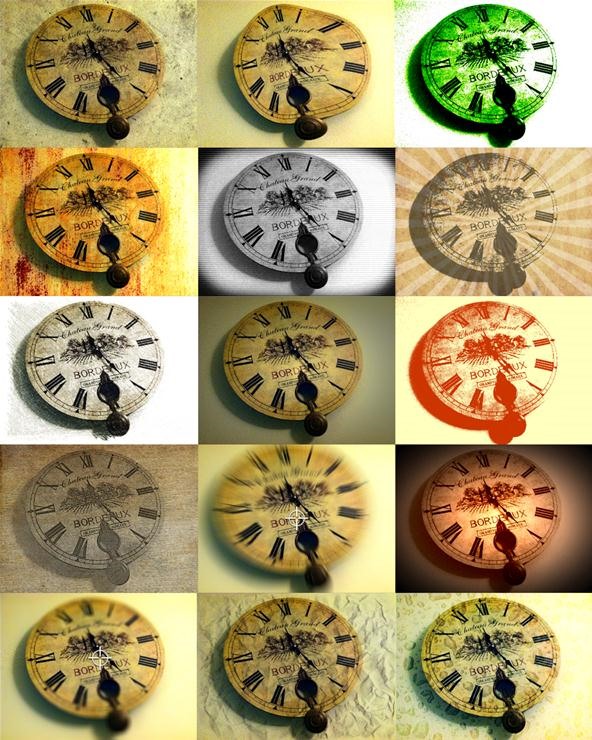 One of my favorite things? It's organized. Sure you can keep wading through all 190 of the filters, but you can send your frequent picks to the favorites folder or search by category. That makes it really easy to bypass the "Cupid" frames (my least favorite effects). Actually, I'm not much for frames or overlays period, which makes up 39 of the filters, but that's just the kind of guy I am. 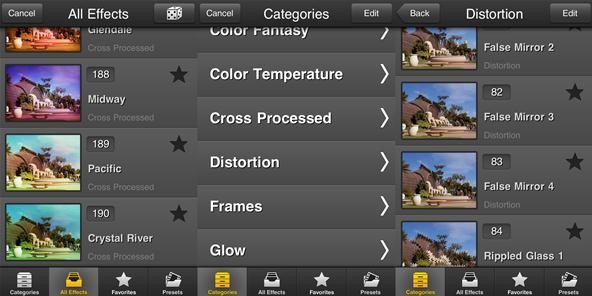 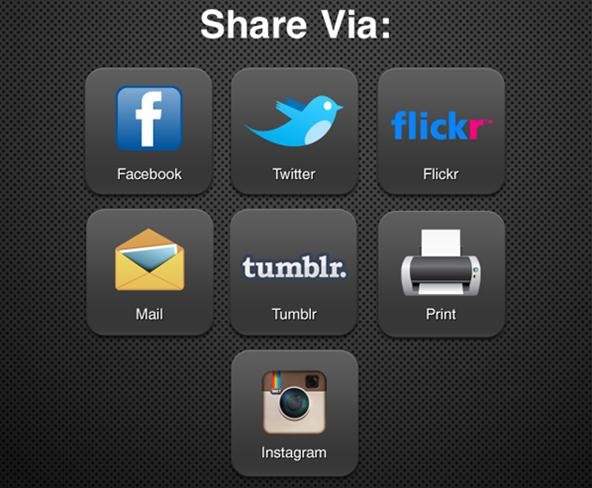 It's definitely one of my favorite filter apps right now. There's even a painting effect where you can "paint" on the effects instead of applying them to the whole image. You can also change the brush shape and size, as well as zoom into the image for some really unexpected control. Pretty cool. Check it out. It's currently going for $1.99 in the iTunes App Store. And there's also an iPad HD version for $2.99 right now.

Also, today MacPhun will be pushing out an update which will include a new text labeling feature and a new share option for submitting your images directly to their International iPhoneography Contest. Phone Snap! is currently holding a partnership contest with MacPhun, and will pick three submissions to be shown in the iPhoneography Exhibit in New York City. See more details here.

If you're not much for iPhoneography and Photoshop is a little too laborious for you, MacPhun also has a port of this app for Mac computers. FX Photo Studio for Mac runs at $9.99 and features over 170 effects and gives all of the basic photo editing tools for sharpening images, adding shadows and adjusting colors. 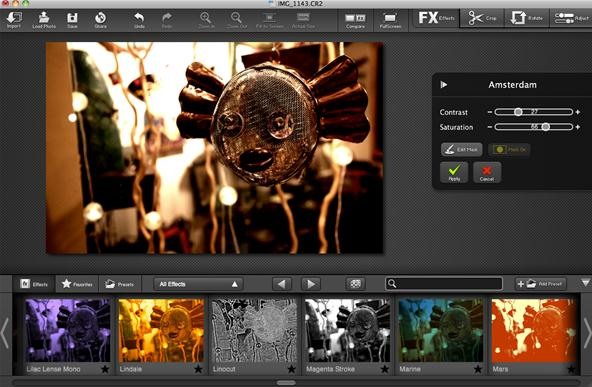 If you want something with a little more oomph, FX Photo Studio Pro for Mac will cost you $39.99 and supports almost every major file format (including RAW) and can handle up to 32 megapixels in resolution. 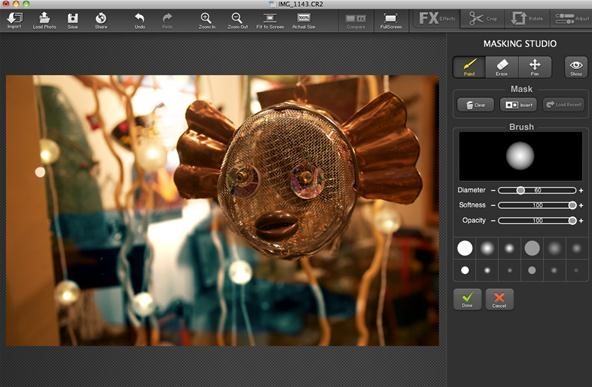 The best thing about these Mac versions is that you can instantly preview every effect before actually applying it, which speeds up the whole process.

If your thing is filters, then FX Photo Studio is definitely one of the tops photo apps to try out for iPhone. And though the Mac version can't beat Adobe Photoshop in the grand scope of things, it's definitely a good companion piece for spiking your photos with some energy, without spending tons of time on them.